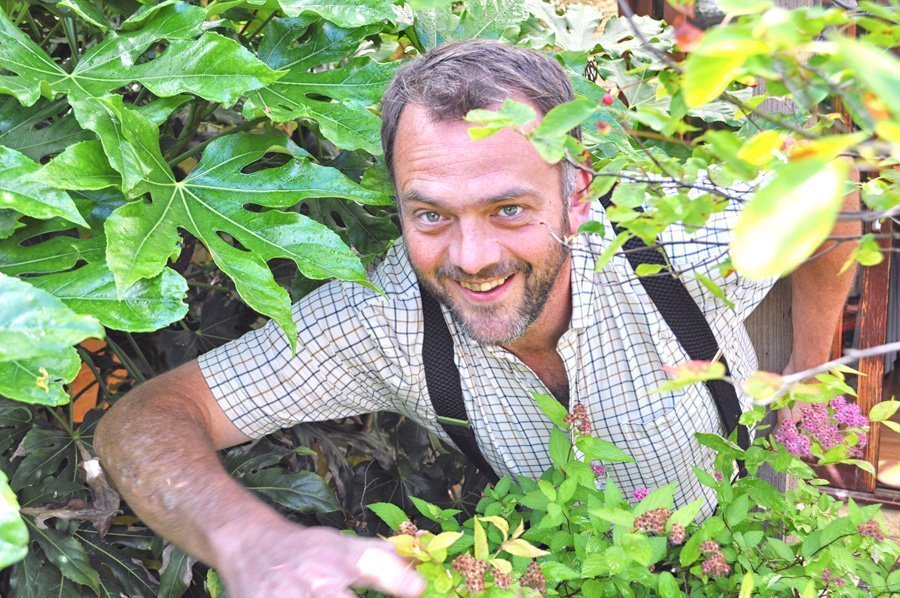 A passionate organic gardener who had reached rock bottom nearly a decade ago will down tools this spring to trek 27 miles in honour of the charity that helped turn his life around.

Richard MacKenzie had reached his lowest point when anxiety and depression overwhelmed him in 2009.

The 38-year-old attended cognitive behavioural therapy sessions and tried anti-depressants, but it was something far more natural and green that helped combat his debilitating condition which, at times, prevented him from leaving the house – gardening.

“I suffered from really bad depression – I got to the point of planning to take my own life – and at that point I knew something had to change,” he said.

On GP advice in 2009, he attended Wilcote based charity Bridewell Organic Gardens, a mental health recovery service that provides social and therapeutic horticulture.

This was a ‘turning point’ for Richard, who was able to ‘manage’ his depression from the safe and calm environment of the west Oxfordshire gardens.

He said the charity helped in two ways – ‘excellent’ support from trained staff and the calming nature of gardening, which helps ‘slow the mind down’ and de-stress.

He said: “I was in a situation [in 2009] where it had felt that everything had fallen apart.

“It’s extremely hard as a guy to admit that something’s wrong and I just did what felt natural which was trying to push it aside…until it became bigger than me. I then knew I couldn’t cope on my own.”

Richard attended Bridewell, whose head office is in Witney, two days a week between 2009 and 2011, providing the father-of-two with time to accept his condition and begin turning his life around.

“When your mind’s racing and you’re anxious, you’re always worrying about the future,” Richard, who lives in a boat on the Oxford canal, said.

“In the garden you can only go at its pace so it’s a great healer in the sense that it allows you to slow down and de-stress.”

On May 19, Richard, who is currently in good health, will walk  27 miles along the canal from Oxford to Banbury to raise funds for Bridewell.

A team of more than 20 family and friends, including wife Jackie and Witney MP Robert Courts, will join either for the whole slog or just a mile for extra support.

People wishing to join Richard’s walk can email hello@richardthegardener.co.uk.  Donations can be made at tinyurl.com/ya5v3tst