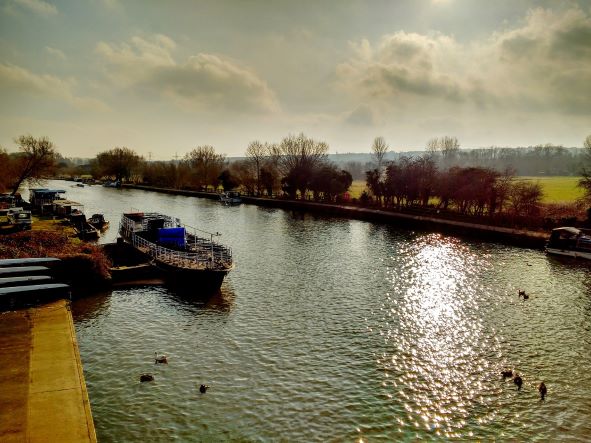 Research by the Oxford Rivers Project, a campaign to end sewage pollution in the Upper Thames, found that in relatively dry months (March, April, July, and August) levels of harmful bacteria were low enough for the water quality to be considered ‘good’ or even ‘excellent’. However, in months with heavier rainfall (January, February, May, and June) bacteria levels were on average twice the recommended safety threshold, meaning there was enough bacteria to cause illness in anyone coming into contact with the water. The main source of this bacteria was found to be treated and untreated sewage entering the river.

Tim Harris, Associate with The Rivers Trust, said: “The results confirm what we expected – raw sewage discharges are raising bacteria levels in rivers to unsafe levels after rainfall. However, this testing has also shown that in dry periods, even treated sewage can still release significant quantities of bacteria into rivers.

“This study is an important step to identifying where the major sources of river pollution are coming from, and where Thames Water need to upgrade their sewage treatment systems in order to improve the river water quality in this area.”

Citizen scientist volunteers from the Oxford Rivers Project (a programme jointly funded by The Rivers Trust, Thames Water and Oxford City Council) collected water samples over 18 days in 2021 from Port Meadow and two other popular Oxford swimming spots (Longbridges and Kennington Meadows), which were then tested for bacteria in Thames Water’s labs. The monitoring programme is part of an application for Port Meadow to become a designated bathing water area, which Oxford City Council will apply for in October. A decision from Westminster is expected in early 2022.

Once a site is designated, the local water company and landowner have five years to reduce bacteria levels to at least ‘sufficient’ status in the summer months (May – September), otherwise it is de-designated. Designation puts a duty on the Environment Agency to test the water regularly, and the landowner to display signage on water quality.

“It’s encouraging that there are periods where the water at Port Meadow is of good quality, but worrying that there are times when it’s very poor quality, given so many people swim here already. We hope and expect that the Thames at this site will be given bathing water status so it can receive greater funding, testing and improvement.”

“We’re concerned about the levels of bacteria in the river after rainfall, especially as climate change means we’re seeing increasingly heavy rain even in summer months when wild swimming is more popular. We will continue to pressure, and work with, Thames Water, the Environment Agency and the City Council to end sewage pollution in our stretch of the Thames to make it safer for all river users, including swimmers and wildlife.”

The project also measured bacteria levels in the tributaries which feed into the Thames in Oxford, such as the Windrush and Evenlode. One location downstream of Church Hanborough sewage treatment works showed E. Coli regularly at one hundred times the safe level in both wet and dry conditions. This particular location is not used for swimming.

It currently is legal for water companies to release untreated sewage into rivers in exceptionally heavy rainfall, and data from Thames Water shows raw sewage was released into the upper Thames for 50,000 hours in 2021. Bacteria levels are not monitored or regulated in treated effluent, only chemicals such as nitrogen and phosphorus. This data raises the question of whether bacteria levels should be monitored in treated effluent where that location is close to high river use areas.

“Our aim will always be to try and do the right thing for our rivers and for the communities who love and value them. We’re pleased to be working with local partners such as Thames21 and actively listening to our customers, who have clearly told us to do more to protect these incredible environments.

“We are planning major expansions of a number of our sewage treatment works in the area, including at Witney and Oxford, as well as improvements to the sewer network. This investment is a big commitment to improving the current situation for everyone who cares about the rivers.”