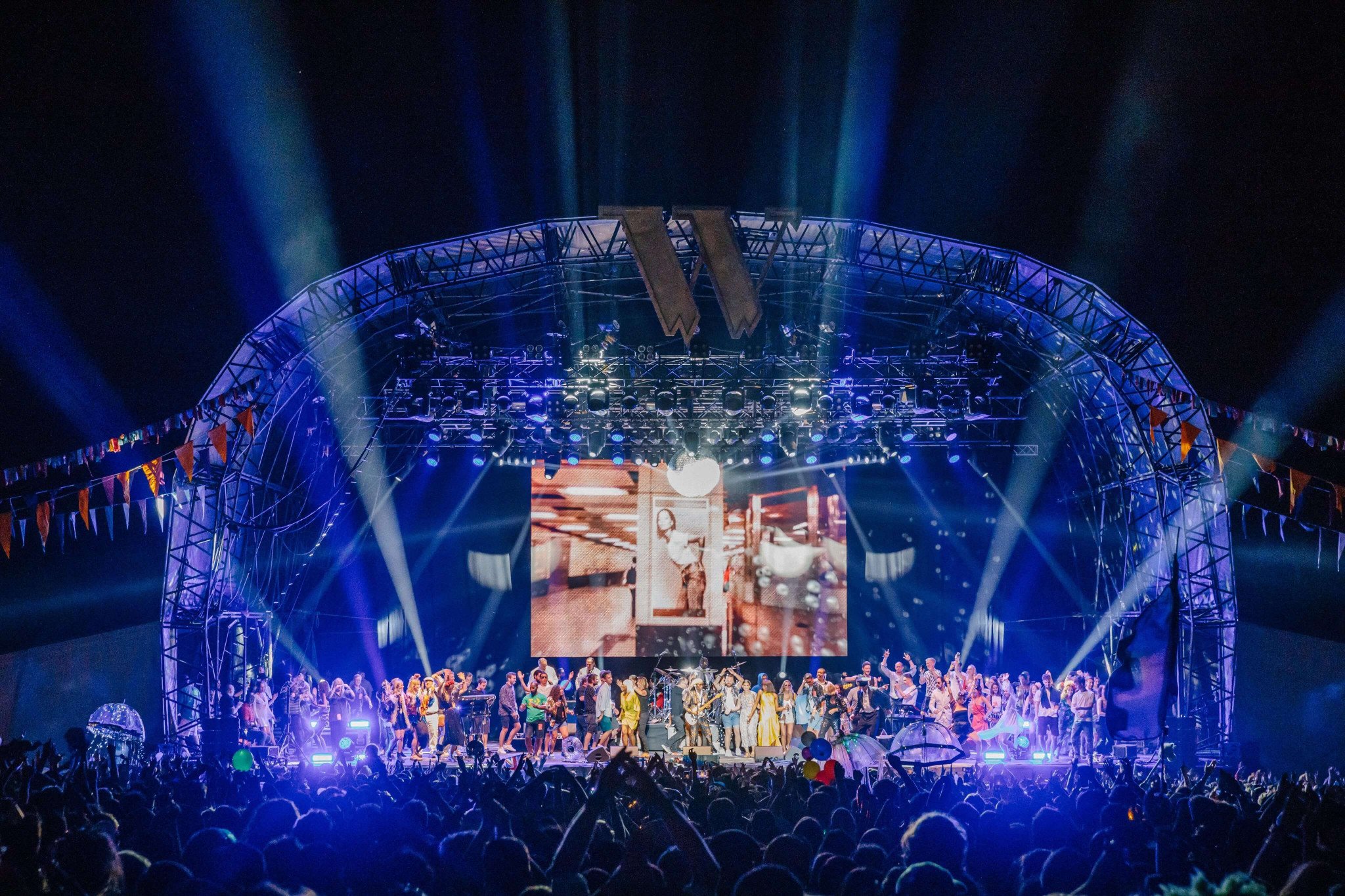 One of Oxfordshire’s biggest music festivals, Wilderness, believes the event can still go ahead.

From August 5th-8th, the music and arts event is planned to take place near Charlbury on the Cornbury Estate. The headliners will be DJ Jamie XX, rapper Loyle Carner and drum & bass group Rudimental.

Chief of organiser Mama Festivals and VIP Nation Europe, Rory Bett, said: “As we remain confident that Wilderness will go ahead, we are thrilled to be throwing wide the gates to the stunning Cornbury Park Estate once more to a sold-out show.

“The response to this year’s line-up announcement has been humbling, making the team even more determined to make this tenth year of Wilderness, the very best yet.

“We are hand in hand with the Chief Medical Officer and the Government in terms of how we need to progress and what measures we will need to undertake to keep everyone safe. We will be releasing up to date information closer to the event.”

He also mentioned that after the hardships over the past few months during the pandemic and with most people being vaccinated, it is now time for Wilderness and the rest of the live events industry to bring everyone back together in a social setting very soon.

“We are so excited about this year’s lineup and cannot wait to see the amazing headliners Jamie XX, Loyle Carner, Rudimental and a host of incredible talent take to the Wilderness stage. Music of all genres, wellbeing of all styles, extraordinary dining in beautiful locations and world-class street food, theatre, spoken word, dance, games, wild swimming, workshops and the stunning landscape of Cornbury awaits.”

A lot of other festivals have had to postpone their events again due to the ongoing problems from the pandemic.

Tickets have already sold out.

The DJ sets at this year’s parties will be played by funk and soul enthusiast Craig Charles, Grammy-nominated house and techno DJ Nic Fanciulli and tropical jazz and soul Portuguese DJ Mafalda.

In addition to those main sets, there will be sets by The Blessed Madonna, Dom Chung, Jayda G, DJ Luke Unabomber and Eats Everything who will perform in the festival’s Hidden Valley – an eccentrically illuminated ravine covered by trees and lit up with lasers.

The festival will also continue with its strong programme of spoken word performances and intellectual pursuits, including another Letters Live show that has previously hosted A-list stars Russell Brand, Benedict Cumberbatch, Olivia Coleman and Ben Kingsley. At the moment, the lineup has been kept a big secret.

Also making a return to this year’s festival, with long table banquets, will be its gastronomic lineup with vegetarian and vegans feasts being cooked by Lee Westcott, Robin Gill, Helen Graham and will food restaurant Native.

26 diners in the venue will be catered by a smaller Chef’s Table restaurant overlooking one of Cornbury’s lakes. The chefs include Brad Carter of Michelin-starred Carter’s of Moseley, Michelin-starred Mei Mei founder Elizabeth Haigh and Osip founder Merlin Labron-Johnson.

Also there will be cabaret shows, comedy, shows by the 47-piece Wilderness Orchestra and a Miss Wilderness event and talks and debates – with a line-up that includes Philip Pullman, His Dark Materials creator, in conversation with BBC producer John Lloyd. 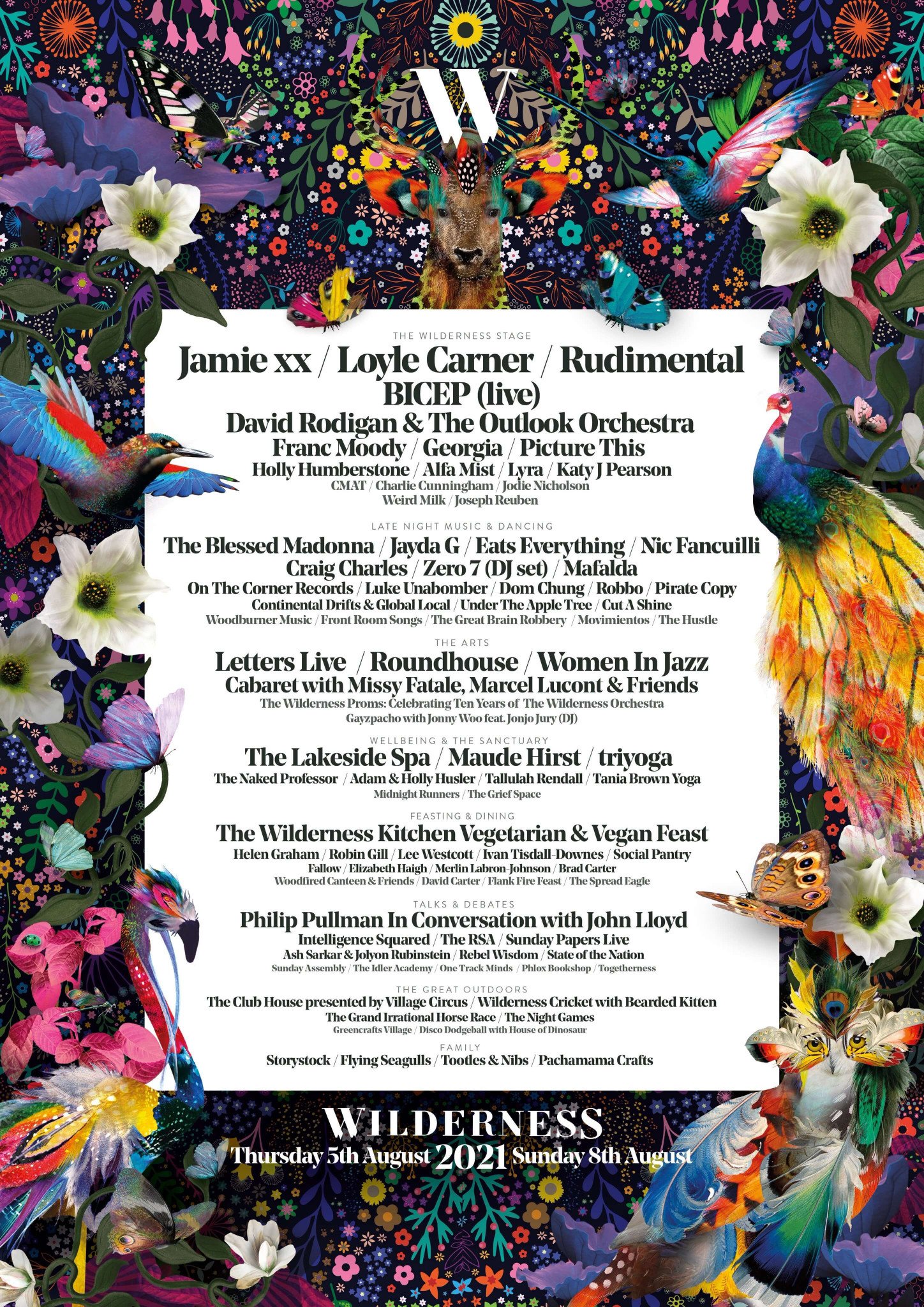 Where is Wilderness Festival held?

The four day Wilderness Festival is held in the Parkland Cornbury Park, Oxfordshire. With boutique camping, a family field, and camping close to the central activities.

Wilderness Festival was started by the people behind Secret Garden Party and Lovebox. They wanted to do a chilled four-day boutique festival with more than just music and to also celebrate the Arts, Food and Wellbeing. All in stunning ancient parkland.
In this article:

The National Tug of War Championship returns to Oxfordshire