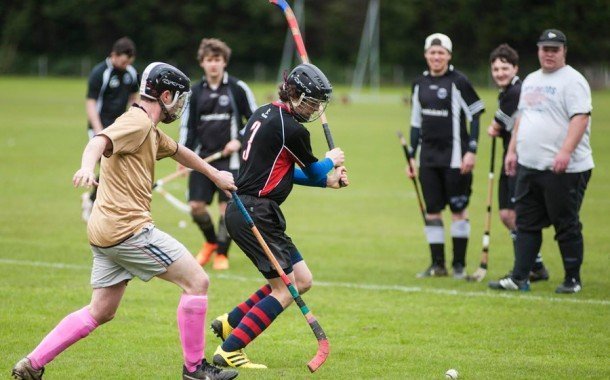 When people say ‘Oxford’, they often think of its architecture, university, rowing and punting.

What they do not know is that the city is an English stronghold for the ancient Scottish game of shinty.

And this weekend the Oxford Shinty Club will be playing at the English Shinty Championships – and its players are hoping this year could be the first time they take home the title.

Captain and club founder Jo Claridge, of Summertown, said: “This is our third time playing in the championship. We have a stronger team than ever this year so we should give it a good go. Shinty is a very fast and exhilarating game. It’s a great mix of individual skill and team effort.”

Jo, 37, has been playing shinty for about 18 years, having picked up the sport at the University of St Andrew’s in Scotland. After moving to Oxford, he formed Oxford Shinty Club in 2013 and it now has about 20 members who train every Sunday at a park in Meadow Lane, off Iffley Road.

Shinty is played with sticks and a ball, and is often described as a more brutal mix of hockey and lacrosse. It was also the inspiration behind Canadian ice hockey.

It is a traditionally Scottish game that dates back to the AD 500s and was used to train ancient warriors for battle.

Oxford is one of a few places in England where there are teams to give their counterparts in Scotland some competition. There are four main shinty teams in England – Oxford Shinty Club, Cornwall Shinty Club, London Camanachd and North Shinty Club based in Nottingham.

An Oxford team of about 12 players will be travelling to Coombe Dingle Sports Complex in Bristol on Sunday, May 29, for the fifth English Shinty Championships.

Among them will be Luke Sparrow, 24, who travels from Northamptonshire to play for the Oxford team. He said: “I’m really excited, it will be pretty tense. As much as people enjoy it, it is taken quite seriously and it can get pretty heated.

“Shinty is a bit like hockey but you can smash the ball like golf, which makes it extremely fast and dynamic. It can get pretty aggressive at times – in a sporty way.”