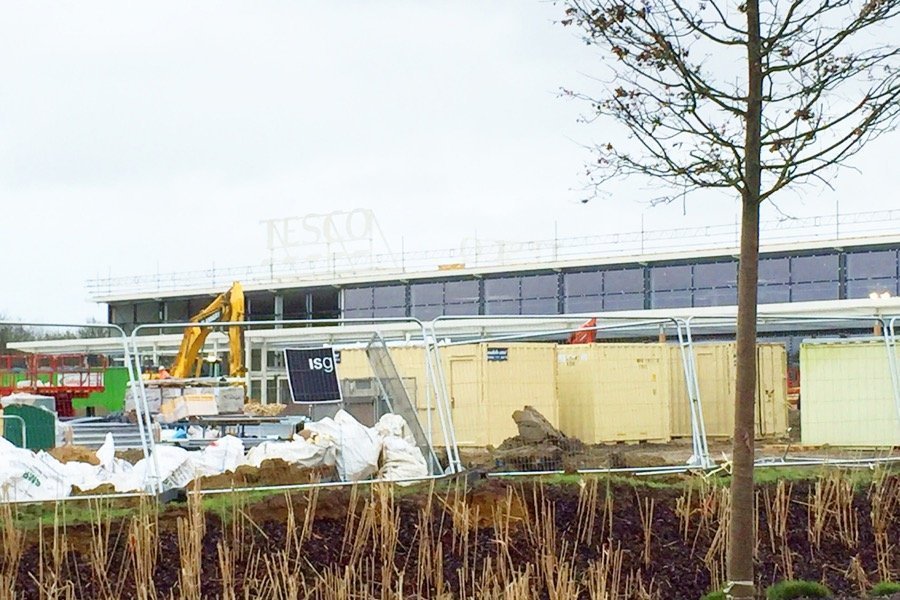 TESCO has announced it will move to its new Bicester store this spring.

The supermarket is moving from Pingle Drive to a brand new shop at nearby Bicester Business Park off the Oxford Road, A41, and designer outlet Bicester Village will move into its old site.

Bicester Village will demolish the existing supermarket store and petrol station and build about 30 new stores and create about 350 parking spaces.

Bicester Village and Tesco have previously said the move will create an extra 700 jobs.
Tesco said it planned to provide employment opportunities for “for people who are in long term unemployment to get back into work”.

A Tesco spokesman said: “We’re looking forward to opening our new store this spring and to offering a great new service to local customers.”

Once the supermarket has moved, work to improve congestion by re-modelling Pingle Drive and creating a hamburger-style roundabout at the A41 junction, is expected to start.

The work is part of £11m of road improvements funded by Tesco and Bicester Village.
Plans, including the business park which could create 2,800 jobs, were approved in 2013.