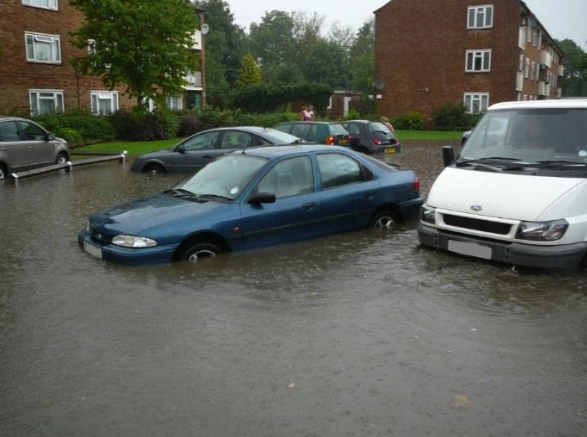 Major flood prevention projects are set to get under way across Oxfordshire in the coming months.

Plans for a £2.2 million flood alleviation scheme for homes in Northway and Marston have been submitted by Oxford City Council.

Meanwhile, Network Rail is closing the line between Oxford and Didcot Parkway between July 30 and August 14 to raise the level of the track and construct a culvert.

The Northway and Marston Flood Alleviation Scheme will reduce the risk of flooding to about 110 homes following regular incidents of flooding in the areas.

Marston ward member, Cllr Mary Clarkson, said: “There have been problems over the last 20 years with sewage water at the bottom of the Ferry Road area of Marston while Northway has had more problems with flash flooding and we hope the work there will solve those more immediate problems there.”

A plan for the work at Northway Community Field, Westland Drive, Saxon Way and Oxford Boxing Academy will be decided on 6 July, while a decision on a second application for work at Court Place Farm Recreation Ground and Peasmoor Piece will be made on September 7.

If permission is granted, it is hoped the work will be completed in mid-2017.

The council has secured £600,000 of funding from the Oxfordshire Local Enterprise Partnership Growth Fund as well as £1.6 from the Environmental Agency to deliver the project.

The work on the railway is part of Network Rail’s £17.5 million Hinksey Flood Alleviation project.

James Davis, of Great Western Railway, said: “We have worked closely with Oxfordshire County Council and Network Rail to minimise disruption while this work takes place.

“The improvements being made will bring Brunel’s railway into the 21st century, providing a more resilient infrastructure and paving the way for the new electric trains.”