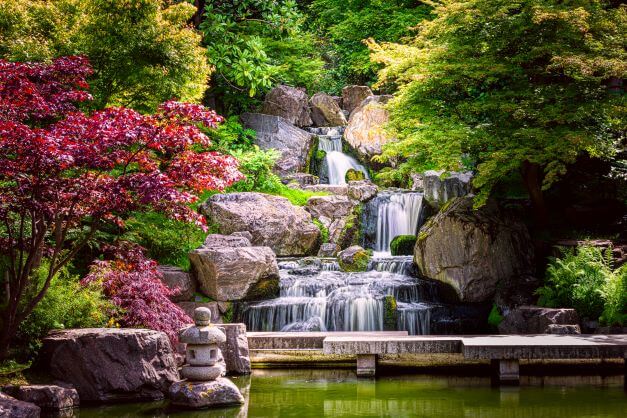 London is known for its most popular attractions – from the Houses of Parliament to Buckingham Palace. Tourists flock to these landmarks every year to grab a selfie for Instagram. However, London is an enormous city, and there are plenty of hidden gems off the beaten track. If you look past the main attractions, there is much more to London than first meets the eye. It’s time to explore London like a true Londoner.

Catch a train to London and visit some of these magical spots around the capital.

A cemetery might not be at the top of your sightseeing list ordinarily. Highgate Cemetery is surprisingly beautiful, and it’s the resting place of over 170,000 people. There are Egyptian tombs from the Victorian period and the subterranean Terrace Catacombs. The cemetery can be quite spooky – so watch out for any ghosts lurking around the corners.

Head to Holland Park in Kensington to see the Kyoto Garden, originally built in 1992. Wander among the beautiful trees and Japanese architecture before venturing back onto Kensington High Street.

Neasden is rarely on the tourist sightseeing list – but it should be. The northwest neighbourhood of Neasden is home to a traditional Hindu temple named Shri Swaminarayan Mandir. The temple is carved out of stone and was first completed in the 90s. It was once even the largest Hindu temple outside of India. Take a trip out of Central London to see one of the most breathtaking spots in London. It’s particularly beautiful at sunset. 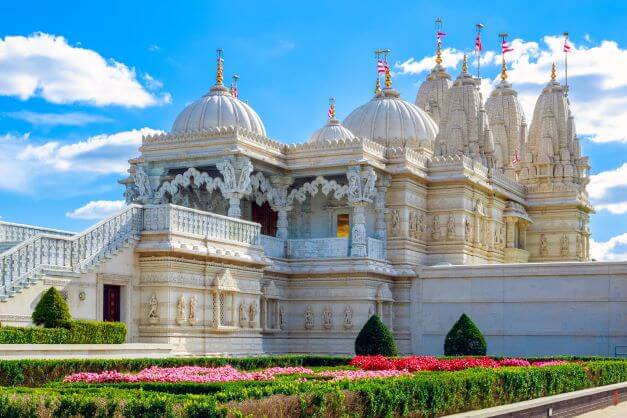 The UK is known for its historic castles. In fact, there are so many dotted around we often forget just how striking they can be. Visit Strawberry Hill House in Twickenham and imagine yourself living in the fairy-tale castle. Horace Walpole first purchased the land in 1747 and built the castle. There are gothic accents throughout the property, along with towers and battlements.

If your itinerary is fully booked with the main sites, you can still find time to spot a few hidden features on the streets of London. For example, there are seven noses hidden around Soho. The artist, Rick Buckley, created them – and they are perfect for a London treasure hunt.

If noses aren’t your thing, you can search for the hidden ears on Floral Street in Covent Garden – created by Tim Fishlock.

London has plenty of rooftop bars – but few have a view like this one. The Queen Elizabeth Roof Garden Bar is on the South Bank, overlooking the London Eye, Big Ben, and more.