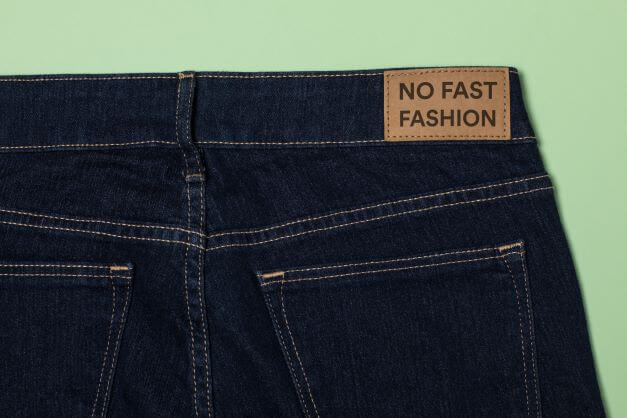 Fast Fashion is a dirty word in the clothing industry, rightly so with its devastating impact on the environment. But will our love for consumerism ever truly die out?

What is fast fashion?

Fast fashion is a term used in fashion retail for designs that are produced quickly to capitalise on current trends set by the big fashion houses.

It also applies to short ordering where it is made ready to go to market, with retailer orders being placed for the upcoming season rather than long ordering for the season ahead. This enables the clothing brand to be influenced by what is popular and selling at that time.

It’s now developed a secondary meaning with the low production costs meaning it has limited wear before being consigned to the rubbish bin. The environmental impact of fast fashion has come under scrutiny, with consumerism highlighted as the main driver.

There has been an influx of fast fashion brands that have saturated the market with low-quality clothing designed to be sold via social media advertising and promoted by social influencers, brand ambassadors or through affiliate programs. This throw-away fashion is coming under fire with calls for sustainability in the clothing industry to be introduced, and most fast fashion brands now have a sustainable fashion range which some think is just greenwashing. 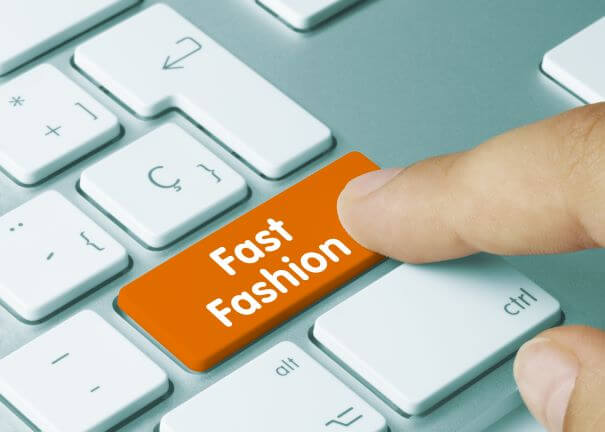 Consumerism is society’s preoccupation with buying consumer goods, often influenced by advertising, social media or celebrity endorsement. It’s the marketing idea that the consumer needs the products in their lives to improve their happiness.

In the ultimate consumerism, now you can get clothing delivered the same day as pushing a button on your keyboard, ready to wear for a night out.

What is the history of fast fashion?

The fashion industry accelerated in the swinging sixties with the increased demand for styles made popular on pop stars, models and actors/actresses on the wave of the sexual revolution and civil rights movement. The decade reacted to the dramatic changes in society with spontaneous fashion for mass appeal and would influence the future of womenswear by pushing boundaries now seen as the norm.

But in a consumerist sense, it was the new century that saw an increasing demand in the latest fashion at a bargain price. The emergence of the internet opened up new levels of research and buying clothes. Prior to that, knock-off garments were often sold on market stalls and by dodgy-looking blokes in pubs. High-end names at high-street prices, a wardrobe staple highlighted by our spending habits on Black Friday. The ultimate in Champagne lifestyle on an Aldi Prosecco price tag.

The fashion houses knew people were happy to buy fakes with no regard for the fabric quality, so decided to improve their own manufacturing process for quicker turnarounds and lower price points. And it worked, the fashion industry was booming with its mass production straight to the willing and eager consumer.

These fast fashion companies are known as SPAs (speciality retailer of private label apparel) who manage the complete supply chain distribution channel, and everyone was winning. But the impacts on the environments came under the spotlight with the world focusing on climate change and cancel culture targeted fast fashion in their sights.

Couple that with the human rights working conditions and low minimum wage for garment workers, and the revolution for ethical fashion with low textile waste is on.

The impact of fast fashion on the environment

Due to humans pesky need to breathe oxygen and the unfortunate bodily function of exhaling carbon dioxide, we all have a reliance on anything that does the reverse. As such, trees with their handy photosynthesis are literally a life-saver. And we need about 7-8 each to produce enough oxygen to breathe.

So it’s no surprise that some people who plan to live on the planet in any sort of future, value oxygen and other life-critical things like food and water over clothes. Apparel factories produce roughly 10% of the greenhouse gas emissions, which contribute to global warming.

So why are clothing brands distancing themselves from being referred to as fast fashion?

Cancel culture and many articles on which fast fashion brands to avoid hits profits. And naturally, these companies have the mantra “here for a good time and not a long time” and aim to make as much money as they can before they retire in the sunshine. In the ultimate fashion trend, they are now moving to sustainable fashion, promising they will do better in a bid to increase sales. In fairness, perhaps they do care about the environment, although there are many accusations of greenwashing.

Greenwashing is when a fashion brand spends more time and money on marketing themselves as sustainable or environmentally friendly, than on actually doing it. It’s purely to give the impression to consumers to increase sales in that target demographic. The issue with this, is the clothes are still not made to last.

It’s more commonplace with the oil companies of the ’80s, while simultaneously polluting the earth with wilful abandonment. In short, labelling something as eco-friendly when it isn’t, is greenwashing.