The 2021 Tug of War Association National Outdoor Tug of War Championships will be coming to Oxfordshire on Saturday 10 July 2021, with the organising committee of the annual Grove and Wantage Extravaganza pulling off a major coup by winning a bid to the Tug of War Association, having previously staged the event here in 2018.

Whilst the Extravaganza will not be taking place in its usual format this year, the Tug of War Championship will be going ahead, having been originally scheduled to be held at Grove during 2020.

Tug of war teams from all over England will be taking part in the event, which will see teams competing for the gold, silver and bronze medals in men’s weight categories and ladies weight categories. There will also be a mixed-gender weight class up for grabs, with teams consisting of four men and four ladies each.

The event is being organised at Grove Rugby Club by the Grove and Wantage Extravaganza organising committee in partnership with the English Tug of War Association (TOWA). Each tug of war team will consist of eight pullers. The event is being organised in weight classes, with teams weighing in the night before the event. Each team is not allowed to exceed the weight limit for each weight class. 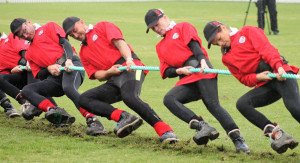 The winning teams from the different weight classes that are held at the national championships will go on to represent England at the Tug of War International Federation (TWIF) World Tug of War Championships, which this year are due to take place in Getxo in the Basque region of Spain in September, which at the moment are still scheduled to go ahead, subject to strict safety protocols and as the situation allows.

It isn’t just men’s teams that will be showcasing their strength, but also ladies teams will be taking part as well. The Bedford Ladies team will be taking part in the event after winning all four of the ladies weight classes on offer in 2019, and then went on to win bronze representing England at the 2019 European Championships. In recent years, England also won the gold medal in the mixed weight division at the 2018 World Championships in South Africa.

“We are very much looking forward to the national tug of war championships in Grove this year, particularly after a very difficult 18 months where we had to cancel our 2020 tug of war season”. Commented TOWA spokesman Alan Knott.

“tug of war is practiced at a serious level by our competitors, and whilst being amateurs, a lot of training and practice is required to be successful, and that will be evident when people come along to watch the event” 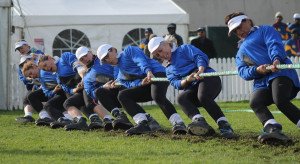 “We will have teams that have won World and European Championship medals taking part at the event, which should make for a very exciting championship. English teams boast a proud record at international tug of war, with England having won many gold, silver and bronze medals over the past 50 years”

“This event will be used to select the teams that represent England at the forthcoming World Championships, so local people will get to see successful international athletes taking part , which should help to make this event even more exciting”

“The Tug of War Sport used to be organised by the Amateur Athletic Association in the early 1900’s, but it was 1958 when The Tug of War Association was formed to organise the sport independently. This year our Association is celebrating its 60th anniversary, so this championship will be even more special for us”.

“The sport of tug of war was formerly a part of the Olympic programme until 1920, but was phased out along with other sports, such as Cricket and Rugby to reduce the number of competitors at the Olympics at that time. Great Britain are still the reigning Olympic champions at tug of war from those games held in 1920”.

“Tug of war is a true team sport. The ethics or determination, hard work, sportsmanship, and friendship are unrivalled in any other sport. We hope that people come along to watch the tug of war championship at the Extravaganza to give all of our tug of war teams as much support as possible, and hopefully everyone will learn something about a sport which they may not have seen practiced at a serious level before”.
Stephen Dexter, one of the committee organising the event said: “I am delighted that we have managed to secure the Tug of War championships to Grove.  Despite all of the difficulties of the past 18 months or so, we hope the local community will come along and support this event and we look forward to a fascinating day of competition and fun.”

The championships on Saturday 10 July 2021 start at 09.30am and will run throughout the day. Entrance to the event is free for spectators. 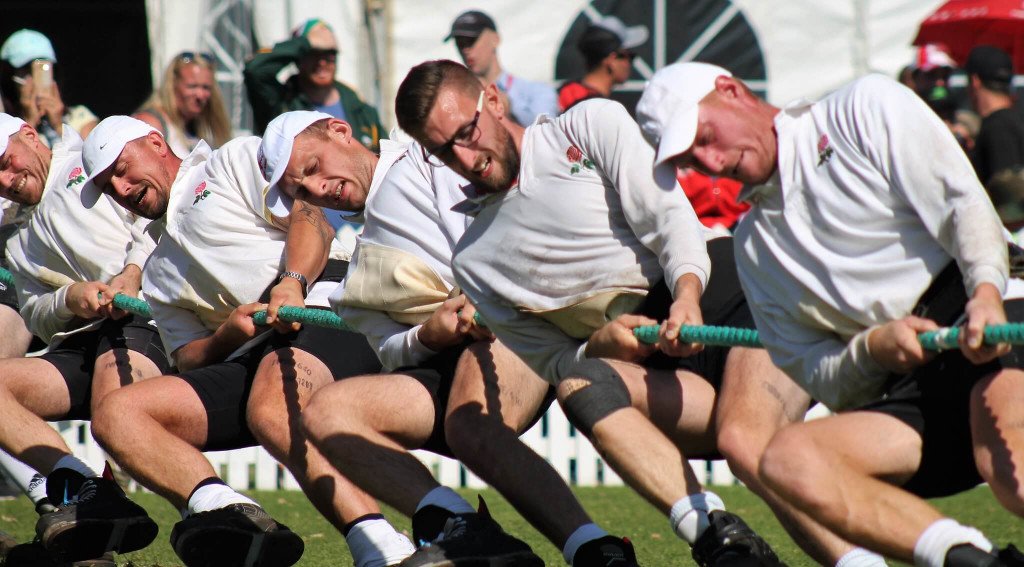 The competition schedule is as follows (all timings are approximate start times):

Who are the defending champions?