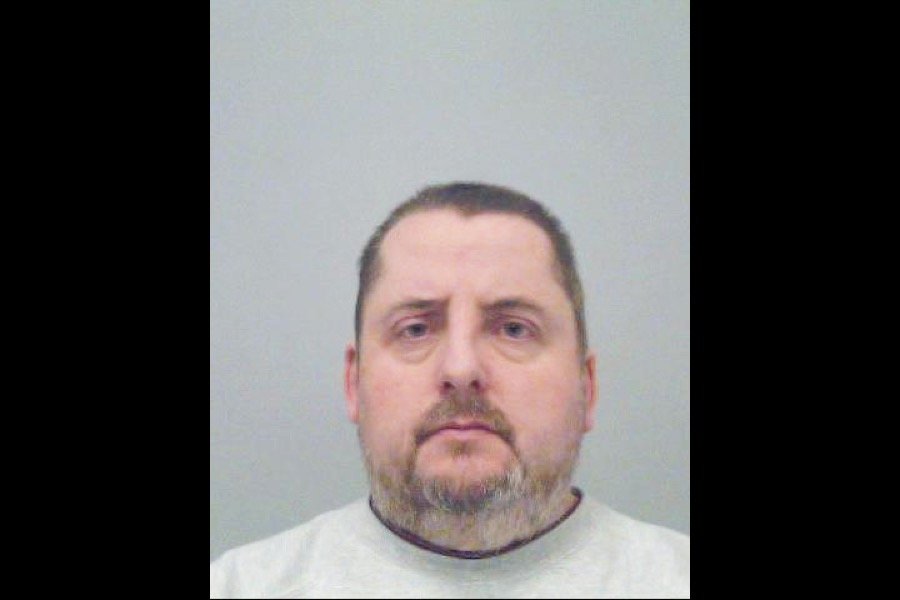 A man who killed an Oxford bookseller and art dealer has been sentenced to life imprisonment and will spend at least 34 years behind bars.

Adrian Greenwood, 42, who was killed on April 6, was found by his cleaner at his Iffley Road home the next day with 33 stab wounds.

Danaher from Peterborough will now spend at least 34 years in prison for his frenzied attack.

Judge Ian Pringle QC said: “Despite the fact that at 50 you had no previous convictions, warnings or cautions of any sort, it is clear that during the course of 2015 you drew up this list – probably to rob or burgle people – or perhaps kidnap people and hold them to ransom, so as to gain funds for yourself..

“You became almost obsessive about keeping up on famous personalities and drew up a lengthy list of potential targets.

“You left [the victim] bleeding to death on his own hallway floor and even took a picture of yourself.”

The court heard how Mr Greenwood, who sustained more than 40 injuries to his head, chest, neck, back and limbs, was killed for a £50,000 first edition of ‘The Wind in the Willows’.

During the trial the jury heard how Danaher had created a list of ‘enterprises’ – 14 people whom he had planned to steal from or attack.

Danaher, who denied murder but claimed he killed Mr Greenwood in self-defence, told the jury a man who sometimes used his laptop must have created the list.

Danaher would not name the man because he said an inmate in prison had threatened him.

He also said internet searches within 48 hours of Mr Greenwood’s death for ‘rich singletons’, ‘guns’, ‘getting away with murder’, ‘safes’, ‘Wind in the Willows’, Beatrix Potter’ and ‘Peter Rabbit’ were made by the unknown man.

He told the court he met Mr Greenwood at an auction in Henley probably ‘at the tail end of 2015’.

Danaher admitted to searching for information about Mr Greenwood online.

He said: “I thought it would be good to learn from him and the way he advertises.”

Danaher visited Mr Greenwood’s home in Iffley Road on March 17 and bought two crates of books from him. He said he told Mr Greenwood he would return a few weeks later to buy more if the books sold.

When he did next visit the property on April 6, he killed Mr Greenwood.

They said: “We are very pleased that the jury have seen through Michael Danaher’s lies, self pity and arrogance and have convicted him of Adrian Greenwood’s murder.

“Adrian’s family have been living a nightmare since April 7. This case represents a tragedy for them and Adrian’s friends who have been devastated by his death.

“Today’s conviction and sentence won’t bring them any comfort, but I hope they are satisfied the man who killed their loved one has now been punished.

“We believe Michael Danaher gained access to Adrian’s home by purporting to be interested in purchasing one of the many rare books he kept at home. He left over two hours later taking Adrian’s mobile phone, laptop, wallet, camcorder, camera and the rare and valuable first edition of Wind in the Willows which he knew Adrian had for sale on eBay, for the sum of £50,000.

“There is no doubt Danaher’s intentions were serious, demonstrated by the fact he attempted a robbery at the home of investor, Adrian Beecroft, in London in March this year.

“From as early as January 2016, Danaher was travelling from Peterborough to Oxford in order to recce Adrian’s property and gather information about him, such as his car registration and home telephone number.

“Danaher is clearly an extremely calculated, ruthless, and violent man. He has shown no remorse for this brutal murder; instead he tried to claim he was acting in self defence and that Adrian attacked him.

“Danaher sustained only some minor scratches … his arrogance led to him taking a selfie outside of Adrian’s address, after he had killed him and stolen property.

“He answered ‘no comment’ to the majority of questions during police interviews, but provided a prepared statement in which he professed to being ‘shocked to hear of Mr Greenwood’s death.’ However, he later admitted killing Adrian.

“Then, in the aftermath of the murder, Danaher displayed cold, calculated and callous behaviour.  Just hours after murdering Adrian, Danaher drafted a letter to another potential victim from whom he was trying to extort money. In this letter he threatened the victim would suffer the same fate as Adrian if they did not comply. Danaher then listed on Ebay Adrian’s copy of the first edition of The Wind in the Willows.

“A jury found Danaher guilty of murder despite his denials and fanciful story.”

The family of Adrian Greenwood, who was murdered in his home in Iffley, have said they are pleased “justice was achieved”.

The family said: “Adrian Greenwood’s family would like to thank the police and the legal team for all their hard work, support and help during the last six months.

“The police have worked amazingly hard to solve this major crime, and the legal team also in bringing this case to court and obtaining a successful outcome.

“We would also like to thank the jury for their concentration and time during this long trial.

“We are very pleased that justice has been achieved for Adrian, with this conviction.”