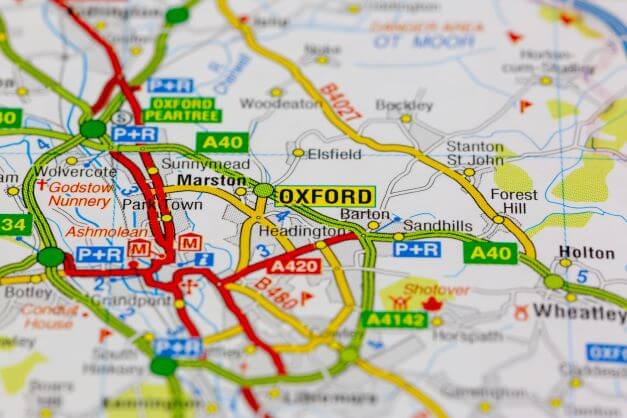 The east Oxford low traffic neighbourhoods (LTNs) aimed at improving safety by reducing traffic in residential streets will be implemented in spring 2022. The LTNs will be trialled in three areas which include Divinity Road Area, St Mary’s and St Clement’s.

The decision was made by Councillor Liz Leffman, Leader of Oxfordshire County Council, at a meeting today (Thursday 16 December).

The LTNs will be implemented under an experimental traffic regulation order (ETRO) for a minimum period of six months, during which people can continue to provide feedback on the proposed schemes.

Divinity Road, St Mary’s and St Clement’s were chosen as priority areas for LTNs as they have high volumes of through traffic and low levels of cycle safety compared to other parts of the city.

Consultations over the last year found that most residents living in these streets were strongly in favour of the LTNs. Some businesses and vehicle users who live or work outside the LTN area but use these streets to travel through the city were opposed to the LTNs.

Councillor Liz Leffman, Leader of Oxfordshire County Council, said: “I thank everyone who has taken part in the discussions and debates around LTNs to date. It is no secret that there is a wide range of views on the merits of these measures.

“The council is committed to addressing climate change, improving road safety and traffic congestion and ensuring the health and wellbeing of our residents. I believe the east Oxford LTNs are an important way to help deliver these priorities.

“While LTNs are not a complete solution, they are a stepping stone towards behavioural change. There is much work to do to make our roads fit for the future, and to tackle the pressing issue of the climate emergency. Unfortunately, this work cannot happen overnight, and change will come incrementally. LTNs are part of the journey to zero carbon transport.

“These measures form part of a much wider strategy to transform how people move around our county. As a council we have pledged to eliminate our carbon emissions by 2030 and LTNs are an important step towards that target.

“I recognise that many other measures need to be taken to ensure the success of LTNs. And I completely understand the concerns of those opposed to these measures. As a county council we are committed to implementing other measures and having honest conversations with everyone to deliver a transport plan that works for all.”

Over the last year the council engaged with residents, businesses, schools, emergency services, waste collection services and other interested parties. While everyone agreed on the importance of LTNs, there were some concerns expressed about access to streets. Solutions to these concerns have been found so that all streets within the LTNs continue to be accessible to residents, emergency services, visitors and deliveries by car or van.

A number of quietways will also be implemented to guide cyclists on quieter routes through the Cowley and east Oxford LTNs, which are facilitated by the traffic filters implemented as part of the LTNs.

The decision on whether to extend the trial, make the LTNs permanent or remove the LTNs will be made following the ETRO trial period, and based on feedback received during this period, along with data collected on traffic and air quality during that time.

What is a LTN?

An LTN is an area where through-traffic is prevented to create streets with fewer vehicle movements so that residents can enjoy a quieter neighbourhood and feel safer when they walk or cycle.

What is a Quietway?

A quietway is a cycle route that links key destinations through backstreets rather than busier roads in the area. They are considered safer cycle routes for less confident cyclists.

What is a ETRO?

ETRO is a legal document which imposes traffic and parking restrictions. The council uses ETROs to see if a scheme will work in practice. An ETRO can stay in force for up to a maximum of 18 months while the effects of a proposal are monitored and assessed.