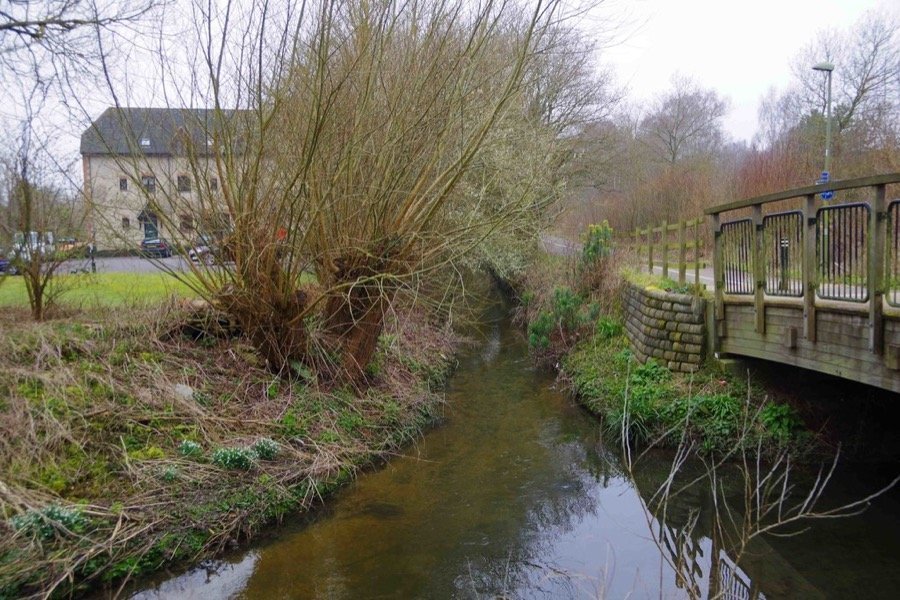 An estimated 1,700 fish died after a chemical leak polluted a Witney stream.

Trout, perch and roach were among the species killed when the leak happened on Tuesday last week.

The leak, which affected a 1.5km stretch of Colwell Brook and Queen Emma’s Dyke, caused the death of the fish because of high ammonia levels.

Thames Water, which launched an investigation into the leak, said water containing high ammonia levels had been deposited into the sewage system.

The polluted water then flowed through its treatment works in Ducklington Lane, Witney, into Colwell Brook and Queen Emma’s Dyke next to Witney Lake, which was not been affected.

A Thames Water spokesman told the Guardian on Thursday: “We’ve identified high ammonia levels in the stream which we believe are due to discharges from our sewage treatment works.

“We’re investigating what has caused these discharges to contain such high ammonia levels, most likely substances being put into the drainage network which shouldn’t be there. Our specialist teams are urgently analysing samples to find out what has gone into the water, and we’re continuing to support the Environment Agency (EA) in their work to protect the stream from further damage.”

In an update on Tuesday, Thames Water said: “Our investigation into what caused these discharges to contain such high ammonia levels continues.

“We still believe the most likely cause is a substance being put into the drainage network which shouldn’t be there, and we’re trying to trace back how it got into our sewage system.

“We’ve had several sets of samples back from our labs, but, so far, they show nothing unusual, so whatever came through our treatment works we believe came through very fast. We’re sharing our test results with the Environment Agency and will continue to work with them to thoroughly investigate where this substance came from.”

The chairman of Witney Angling Society’s Andy Lawson called Witney Town Council on Wednesday last week, saying dead fish had been found in Queen Emma’s Dyke and that anglers had been working to rescue as many as they could.

The council warned people they should not go swimming in, or allow their dogs to enter, the lake, although it had not been directly impacted, it contained untreated water.

The Environment Agency has classified it as a category 1 pollution incident – the most severe type. Its statement read: “Environment Agency officers immediately responded and discovered over 1,700 dead fish, high levels of ammonia on the affected stretch as well as low dissolved oxygen levels on Colwell Brook.”

A full ecology survey was undertaken on Thursday.

The EA added: “Thames Water have deployed aerators (pumping oxygen into the affected areas) and have stopped discharging into the watercourse via Witney sewage treatment works.

“The River Windrush has not been badly affected by the incident but investigations are still ongoing to determine the source of the pollution.”

“The sewage works is now back to full treatment. While this incident has had a huge impact on fish, levels of oxygen vital for the health of the river have returned to what we would expect for this time of year.

“We will continue to monitor the recovery of the river. The local Witney Lake was not affected as it is not fed by these watercourses.

“Our investigation continues to find out who is responsible for this pollution incident.”

A post on the ‘Spotted Witney Official’ Facebook group initially made people aware of the leak on Tuesday. It read: “Warning to dog owners. Do not go along the river from Ducklington to Stanton Harcourt. There has been some sort of chemical/pollution spill into the river. I have phoned Thames Water and I think they are closing the footpaths.”